These stories are too grim to say I enjoyed them. But I like the way they fitted together, I liked the spiral motif, I liked the scope from pre-recorded history to space exploration of the future. Madness and death. Library copy Read full review

Marcus Sedgwick has always been fascinated with spirals, which occur throughout nature from the microscopic to the interstellar. Fundamentally elegant and mesmerizing, many cultures and individuals have ascribed a special meaning to the form. He is the author of more than a dozen books for young adults, most recently She Is Not Invisible, Midwinterblood, which won the 2014 Michael L. Printz Award, White Crow, and Revolver, a Printz Award Honor Book. He lives near Cambridge, England. 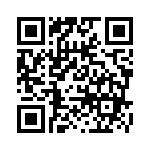