What a great story ~ there's the obvious story of the family and its disintegration following the tragedy. But the underlying story of the protagonist's musical career, the deception by a valued mentor and teacher, and how the parts of her life intertwine is wonderful. Read full review

I freely chose to review this book, and at first I cried when a tragedy hits the McLean family, a well to do family in Upper East Side Manhattan and Charlotte is thrust into a nightmare as the boy's ... Read full review

Caroline Angell grew up in Endwell, NY, the daughter of an electrical engineer and a public school music teacher. She has a B. A. in musical theater from American University and currently lives and works in Manhattan. As a playwright and director, she has had her work performed at regional theaters in New York City and in the Washington, D.C., area. All the Time in the World is her first novel. 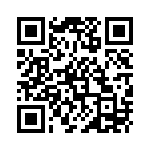