With equal parts pluck and schmaltz, this graphic novel follows the filmmaking dreams of an enterprising young Jewish couple, Illo and Bernhard. In 1930s Berlin, the encroachment of Nazi thugs—held ... Read full review

Philippe Thirault is a French novelist and comics writer who was born in Paris in 1967. In the late 1990s, he published the novel Feathered Serpent, the trilogy Hemoglobin Blues, and his first comic series, the critically acclaimed Miss: Better Living Through Crime. He has since become a very prolific comic book creator, writing series such as Thousand Faces, The Hounds of Hell, Balkans Arena and Mandalay. He often writes stories with a historical or fantastic setting and runs writing workshops in Paris. 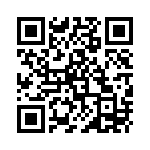