Actress Hedy Lamarr was known as “the most beautiful girl in the world,” according to Roy and Dorange, but they reveal in this amiably meandering biography that there was much more to her than beauty ... Read full review

William Roy, a passionate, self-taught artist, began his creative career as an editor and a director of documentaries. In 2014, he published his first graphic novel, De Pčre en FIV (La Boîte ŕ Bulles), an autobiographical account of his experiences with IVF. He then followed up with Hedy Lamarr: An Incredible Life, illustrated by Sylvain Dorange, a project he had been inspired to write for a very long time. William Roy currently resides in Paris.

Born in 1977, Sylvain Dorange studied art under the direction of acclaimed professor, Claude Lapointe (Arts Décoratifs, Strasbourg). He was encouraged to develop his original and naturally poetic graphic style. His first professional works include adaptations of French indie director, Robert Guédiguian’s, movies into sequential arts: Les contes de l'Estaque (EP éditions). He then went on to illustrate Les promeneur du temps, a series of three volumes created with Franck Viale (Poivre & Sel Editions). In 2015, the versatile author created the cover art for singer Sanseverino’s album about the life of French convict, Henri Charričre. From that work, the duo (along with Cécile Richard) created a graphic novel, Sanseverino est Papillon. Also a composer, an animation director and a political cartoonist, Sylvain Dorange shows the range of his exceptional talents in Hedy Lamarr: An Incredible Life. His unique art style gives the graphic novel its mark. 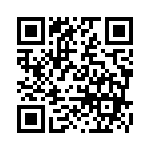