Tess Gerritsen was born on June 12, 1953 in San Diego, California. She received a bachelor's degree from Stanford University and a M.D. from the University of California, San Francisco. While on maternity leave from her work as a physician, she began to write fiction. Her first novel, Call After Midnight was published in 1987. It was followed by eight more romantic suspense novels. She also wrote the screenplay, Adrift, which aired as a 1993 CBS Movie of the Week starring Kate Jackson. Her first medical thriller, Harvest, was published in 1996. She is the author of the Rizzoli and Isles series, which was adapted into a television show. She has won several awards including the Nero Wolfe Award for Vanish and the Rita Award for The Surgeon. She retired from the medical field and writes full-time. Her other novels include Presumed Guilty, Harvest, Gravity, The Bone Garden, and Playing with Fire. 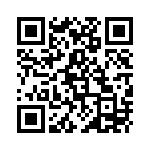