This is one of Ms. Picoult's older books that's been on my reader for a while. I'm sorry I waited so long to read it as it's an excellent story. A small town in western Massachusetts is basically a ... Read full review

This is a fantastic story about what mercy looks like in different situations. Can it ever mean killing someone if they are sick and in pain with no hope of getting better? What does it look like in a ... Read full review

Jodi Picoult was born in Nesconset, New York on May 19, 1966. She received a degree in creative writing from Princeton University in 1987 and a master's degree in education from Harvard University. She published two short stories in Seventeen magazine while still in college. Immediately after graduation, she landed a variety of jobs, ranging from editing textbooks to teaching eighth-grade English. Her first book, Songs of the Humpback Whale, was published in 1992. Her other works include Picture Perfect, Mercy, The Pact, Salem Falls, The Tenth Circle, Nineteen Minutes, Change of Heart, Handle with Care, House Rules, Sing You Home, Lone Wolf, Leaving Time, and Small Great Things. My Sister's Keeper was made into a movie starring Cameron Diaz. She received the New England Bookseller Award for fiction in 2003. She also wrote five issues of the Wonder Woman comic book series for DC Comics. She writes young adult novels with her daughter Samantha van Leer including Between the Lines and Off the Page. 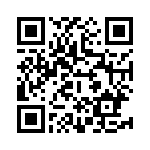