The Inn at Rose Harbor is a nice story. It is about people who have a lot of sad in their lives and their healing. There is no killing, violence or sex. Just a nice story. The book is recommended in this review as a little escape from the reader's life thereby receiving four stars. Read full review

Widowed when her military husband died in Afghanistan, Jo Marie needed a change. She opens a B&B, and soon discovers that it’s not only herself who needs healing from a past gone wrong. Her first two ... Read full review

Debbie Macomber is a no. 1 New York Times bestselling author and one of today's most popular writers with more than 170 million copies of her books in print worldwide. In addition to fiction, Debbie has also published two bestselling cookbooks; numerous inspirational and nonfiction works; and two acclaimed children's books. The beloved and bestselling Cedar Cove series became Hallmark Channel's first dramatic scripted television series, Debbie Macomber's Cedar Cove, which was ranked as the top program on US cable TV when it debuted in summer 2013. Hallmark has also produced many successful films based on Debbie's bestselling Christmas novels. Debbie Macomber owns her own tea room, and a yarn store, A Good Yarn, named after the shop featured in her popular Blossom Street novels. She and her husband, Wayne, serve on the Guideposts National Advisory Cabinet, and she is World Vision's international spokesperson for their Knit for Kids charity initiative. A devoted grandmother, Debbie and her husband Wayne live in Port Orchard, Washington (the town on which her Cedar Cove novels are based) and winter in Florida. 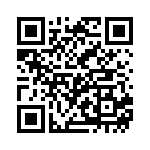