Anh Do was born in Vietnam on June 2, 1977. He and family were Vietnamese refugees. They moved from his homeland to a refugee camp in Malaysia and then to Australia. He is a graduate of the University of Technology Sydney in Business Law. He is an actor and stand-up comedian. His work includes the Australian TV shows Thank God You're Here, Good News Week, and Dancing with the Stars in 2007. He co-wrote and produced Footy legends along with his brother Khoa Do. He is the author of The Happiest Refugee. His awards included 2011 Australian Book of the Year, Biography of the Year, Newcomer of the Year, Indie Book of the Year Award 2011, and Non-fiction Indie Book of the Year 2011. He is the author of the popular children's book series entitled WeirDo. WeirDo #6 Crazy Weird, #7 Mega Weird, #8 Really Weird!, #9 Spooky Weird!, #10 Messy Weird!, and #11 Splashy Weird! have all been bestsellers. His latest book is entitled Show Time!. It is the Seventh book in the Hotdog series. 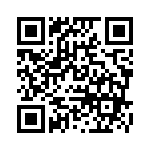