Well, Connelly has one it again. Harry Bosch, once again, has an interesting and different and unexpected case. This book is maybe not as meaty as some of the others in this series, but it is ... Read full review

I stopped reading Michael Connelly a number of years ago when I got tired of Bosch's obligatory inability to cope with authority. Then earlier this year I enjoyed the Bosch TV series on Amazon and my ... Read full review

Michael Connelly is the author of the recent #1 "New York Times "bestsellers The Drop, The Fifth Witness, The Reversal, "The Scarecrow," "The Brass Verdict," and "The Lincoln Lawyer, " as well as the bestselling Harry Bosch series of novels. He is a former newspaper reporter who has won numerous awards for his journalism and his novels. He spends his time in California and Florida. 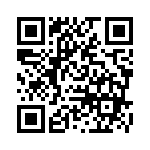