I'm reviewing this and marking it read but that's a lie. It was soooo poorly written, I really didn't finish. Usually, when I get a book I don't like and, so, don't finish, I just mark it as a reject ... Read full review

The Gods of Guilt (2013) (Haller #5) by Michael Connelly, I am not a great fan of lawyers, probablely because that is supposed to be the natural, national attitude towards them. But in particular I’m ... Read full review

A former police reporter for the Los Angeles Times, Michael Connelly is the author of the Harry Bosch thriller series as well as several stand-alone bestsellers, including the acclaimed legal thriller The Lincoln Lawyer. Michael has been President of the Mystery Writers of America. His books have been translated into 31 languages and have won awards all over the world including the Edgar and Anthony Awards. He lives in Florida. 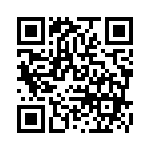