A little porcupine asks each of his woodland friends for a hug in this latest picture-book offering from Australian author/artist Aaron Blabey, the creator of the Pig the Pug picture-books and the Bad ... Read full review

I Need a Hug

In his signature cartoon style, Blabey (Thelma the Unicorn) introduces a porcupine with an intimidating set of fanlike quills. Despite his pointy nature, the porcupine wants hugs: “I need a hug. Will ... Read full review 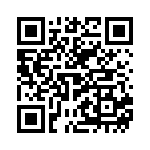