Harry Harry Harry, you are like my favorite slippers. You make my life better and never disappoint. This time Harry has a new partner - a kid of the female variety. They are working a really old, cold ... Read full review

I'm a fan of Michael Connelly, particularly his Hieronymous (Harry) Bosch books, so I've been trying to read all of them. I actually listened to the audiobook of this one. Titus Welliver was the ... Read full review

Michael Connelly decided to become a writer after discovering the books of Raymond Chandler while attending the University of Florida. After graduating in 1980, Connelly worked at newspapers in Daytona Beach and Fort Lauderdale, Florida, primarily specializing in the crime beat. In 1986, he and two other reporters spent several months interviewing survivors of a major airline crash. They wrote a magazine story which was later short-listed for the Pulitzer Prize for feature writing. The magazine story also moved Connelly into the upper levels of journalism, landing him a job as a crime reporter for the Los Angeles Times,, and bringing him to the city of which his literary hero, Chandler, had written. After three years on the crime beat in L.A., Connelly began writing his first novel to feature LAPD Detective Hieronymus Bosch. The novel, The Black Echo, based in part on a true crime that had occurred in Los Angeles, was published in 1992 and won the Edgar Award for Best First Novel by the Mystery Writers of America. Connelly has followed that up with 26 more novels. His books have been translated into 31 languages and have won the Edgar, Anthony, Macavity, Shamus, Dilys, Nero, Barry, Audie, Ridley, Maltese Falcon (Japan), .38 Caliber (France), Grand Prix (France), and Premio Bancarella (Italy) awards. Michael lives with his family in Florida. 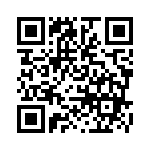