Aaron Blabey was born in 1974 in Australia. He is an author of children's books and artist who until the mid-2000s was also an actor. His award winning picture books include Pearl Barley and Charlie Parsley, The Ghost of Miss Annabel Spoon and the best-selling Pig the Pug. His other bestsellers include I Need a Hug. and Pig the Elf. Don't Call Me Bear was in published in August 2016. He is well known in the field of acting for his roles in two television dramedies, 1994's The Damnation of Harvey McHugh, for which he won an Australian Film Institute Award, and 2003's CrashBurn, before retiring from performance in 2005. In 2012, he was the National Literacy Ambassador and in May 2015 his book The Brother's Quibble was read by an estimated 500,000 children during the National Simultaneous Storytime. His book The Ghost of Miss Annabel Spoon won the Patricia Wrightson Award from the 2013 New South Wales Premier's Literary Awards, the 2013 Children's Peace Literature Award and was recorded by Nick Cave for the Story Box Library. His 2015 book Pig the Pug won the Young Australian's Best Book Award 2015 in the Picture storybook category and the 2015 Kids Own Australian Literature Award New South Wales' in the Picture Storybook category.The Bad Guys, Episode 1 won the 2016 Indie Book Awards Best Children's book, the 2016 Kids Reading Oz Choice (KROC) Award for Fiction for younger readers, and the 2016 Kids Own Australian Literature Awards (KOALAs) for Fiction for younger readers. Pig the Fibber won the 2016 Kids Reading Oz Choice (KROC) Awards for Picture storybooks and the 2016 Kids Own Australian Literature Awards (KOALAs) for Picture Books. 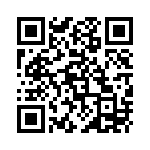