Jess Hill is an investigative journalist who has been writing about domestic violence since 2014. Prior to this, she was a producer for ABC Radio, a Middle East correspondent for The Global Mail, and an investigative journalist for Background Briefing. She was listed in Foreign Policy's top 100 women to follow on Twitter, and her reporting on domestic violence has won two Walkley awards, an Amnesty International award and three Our Watch awards. 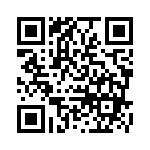