Dr Davina Jackson is an international writer of books, exhibitions and websites on architecture, technology and urban geography themes. She edited Architecture Australia from 1992 to 2000, and was a founder of annual city light festivals in Sydney and Singapore. After a multi-disciplinary design professorship at the University of New South Wales, she has guest-lectured at MIT, Cambridge, TU Munich and other universities in America, Europe and Asia. Her publications earned a PhD from the University of Kent in 2019 and fellowships of the Royal Geographical Society, the Royal Society of Arts and the Royal Society of New South Wales. 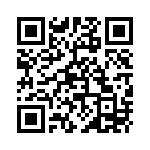