Update 01.27.2021 - WTF was that weirdness? Ugh. No. I got tired of her mother's verbal and physical abuse pretty quick and then there is the creepy teacher and the freaky sexual abuse...spaceships ... Read full review

Where do you even begin when you want to describe the experience of reading a book like Sayaka Murata’s Earthlings? I’m a reader who, over a lifetime of reading that spans decades, has read thousands ... Read full review

A bestselling literary sensation, Sayaka Murata has won all of Japan's major literary prizes, and been named a Vogue Woman of the Year. Murata spent eighteen years working part-time in convenience stores before the success of Convenience Store Woman afforded her the freedom to leave and write full time. Convenience Store Woman has sold more than a million copies in Japan alone and is being translated into twenty-three languages worldwide. 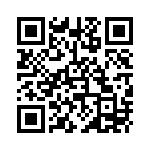