Rob Sanders is the author of the Horus Heresy novellas Cybernetica and The Serpent Beneath, the latter of which appeared in the New York Times bestselling anthology The Primarchs. His other Black Library credits include the The Beast Arises novels Predator, Prey and Shadow of Ullanor, the Warhammer 40,000 titles Sons of the Hydra, Skitarius, Tech-Priest, Legion of the Damned, Atlas Infernal and Redemption Corps and the audio drama The Path Forsaken. He has also written the Warhammer Archaon duology, Everchosen and Lord of Chaos, along with many short stories for the Horus Heresy and Warhammer 40,000. He lives in the city of Lincoln, UK.

David Annandale is the author of the Warhammer Horror novel The House of Night and Chain and the novella The Faith and the Flesh, which features in the portmanteau The Wicked and the Damned. His work for the Horus Heresy range includes the novels Ruinstorm and The Damnation of Pythos, and the Primarchs novels Roboute Guilliman: Lord of Ultramar and Vulkan: Lord of Drakes. For Warhammer 40,000 he has written Warlord: Fury of the God-Machine, the Yarrick series, and several stories involving the Grey Knights, as well as titles for The Beast Arises and the Space Marine Battles series. For Warhammer Age of Sigmar he has written Neferata: Mortarch of Blood and Neferata: The Dominion of Bones. David lectures at a Canadian university, on subjects ranging from English literature to horror films and video games. 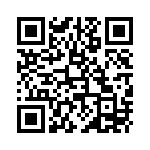