This is a collection of four short stories, three of which have already been out for publication before. You might have already read them, like I have. So only the fourth one, First Bones, will be new to you and I. The fourth story was short no sweet, but in a sad way. 3.5 stars. Read full review

I love the Tempe Brennan stories and this collection of four novellas is not exception. Even thought they were short and compact they were still very interesting and kept me reading to find out what ... Read full review

As a forensic anthropologist to the province of Quebec, Canada, Kathy Reichs has often said that words with the dead, but for the living.

Forensics are an integral part of her world, with cases constantly coming in to her lab. And yet her chosen profession is, she says, like any other job. You may get used to what's happening around you, and to the sounds and smells and sights of death, but this doesn't mean you become immune to it.

Each of her books is based loosely on the cases she's worked on, or some experience she's had. She believes that her stories remain fresh because they originate from her being enmeshed and engaged in forensic work on a regular basis.

Kathy Reichs is one of only eighty-two forensic anthropologists ever certified by the American Board of Forensic Anthropology. She is a professor in the Anthropology Department at the University of North Carolina at Charlotte. 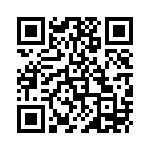