Robert Ludlum’s (TM) The Bourne Initiative, Eric Van Lusbader, author; Holter Graham, narrator I was terribly disappointed with this book. What I, as a reader, am led to believe is that there is an ... Read full review

Jason Bourne is in trouble. When a cyberoperation to steal the U.S. president's nuclear launch codes is discovered, Washington bigwigs believe Bourne has committed treason, as he was trusted by the Russian general who conceived the attack. With a 125,000-copy first printing. Read full review

Eric Van Lustbader was born in Greenwich Village, New York City in 1946. He received a bachelor's degree in sociology from Columbia College in 1968. While still in college, he began work in the entertainment industry by creating his own music production company that included work with such bands as Cheap Trick, Mountain, and Blue Oyster Cult. He is a writer of both thriller and fantasy novels. He has written several series including The Pearl Saga Series, The Sunset Warrior Cycle, The China Maroc Series and The Nicholas Linnear/Ninja Cycle Series. He is also the co-author of the Jason Bourne series, starting with book 4, with Robert Ludlum. 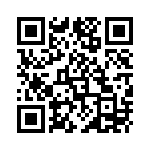