I had read all the Jack Reacher novels -- in order -- and have enjoyed them. This one, I believe the final one written just by Lee Child (and not his brother), will probably be my last. I find it odd ... Read full review

Blue Moon is a good story. The tone is established on page one wherein it captivates the reader through the completion of the book. There is blood and gore in this good guy vs. bad guy book. There were four stars awarded in this review for the book, Blue Moon just being a good story. Read full review

Lee Childis one of the world's leading thriller writers. He was born in Coventry, raised in Birmingham, and now lives in New York. It is said one of his novels featuring his hero Jack Reacher is sold somewhere in the world every nine seconds. His books consistently achieve the number-one slot on bestseller lists around the world and have sold over one hundred million copies. Two blockbusting Jack Reacher movies have been made so far. He is the recipient of many awards, most recently Author of the Year at the 2019 British Book Awards. He was appointed CBE in the 2019 Queen's Birthday Honours. 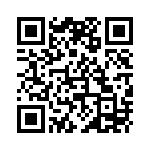