Pieter C. Emmer is Professor of the History of the Expansion of Europe and the related migration movements at University of Leiden. He was a visiting fellow at Churchill College, Cambridge, UK (1978-79), at the Wissenschaftskolleg Berlin (2000-2001) and at the Netherlands Institute for Advanced Study (2002-2003), Wassenaar, The Netherlands. He served as visiting professor at the University of Texas at Austin (1986-87) and at the University of Hamburg, Germany (1996-97). Pieter Emmer is member of the Editorial Boards of the Journal of Imperial and Commonwealth History, Jahrbuch für die Geschichte Lateinamerikas, Studien zur historischen Migrationsforschung, Journal of Caribbean History, Itinerario and author of The Dutch in the Atlantic Economy, 1580-1880 (Aldershot, 1998) and co-editor of Migration, Integration, Minorities, a European Encyclopaedia to be published by Cambridge University Press. In 2004, he became a member of the Academia Europaea. 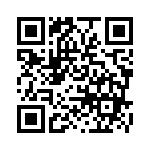