Clair and Lindsay celebrate their 10th friendship anniversary as Lindsay and Joe begin married life together, Cindy is engaged, and Yuki is looking for a courtroom win. I like these books as a ... Read full review

I breezed right through the 10th Anniversary after it swept me up in the first chapter. In this installment of the Women's Murder Club the girls are trying to find a missing baby while getting to the ... Read full review

JAMES PATTERSONis one of the best-known and biggest-selling writers of all time. He is the author of some of the most popular series of the past decade - the Alex Cross, Women's Murder Club and Detective Michael Bennett novels - and he has written many other number one bestsellers including romance novels and stand-alone thrillers. He lives in Florida with his wife and son.James is passionate about encouraging children to read. Inspired by his own son who was a reluctant reader, he also writes a range of books specifically for young readers. James has formed a partnership with the National Literacy Trust, an independent, UK-based charity that changes lives through literacy. In 2010, he was voted Author of the Year at the Children's Choice Book Awards in New York. 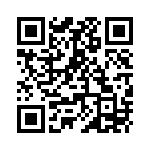