Haruki Murakami is the author of many novels as well as short stories and non-fiction. His books include Norwegian Wood, The Wind-Up Bird Chronicle, Kafka on the Shore, 1Q84, What I Talk About When I Talk About Running, Colorless Tsukuru Tazaki and His Years of Pilgrimage and The Strange Library. His work has been translated into more than 50 languages, and the most recent of his many international honours is the Jerusalem Prize. 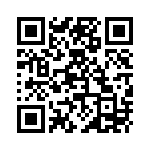