Originally composed 10/13/13 on goodreads.com The Luminaries is, I think, a historic literary achievement. If it doesn't win this year's Man Booker Prize, you'll be able to knock me over with a ... Read full review

At the back of my Little, Brown paperback in an interview with the author, Eleanor Catton complaints – at the interviewer’s prompting – about the focus on her being the youngest winner of the Booker ... Read full review

Eleanor Catton was born in Canada on September 24, 1985. She moved to New Zealand with her family when she was six years old. She studied English at the University of Canterbury and received a master's in creative writing at The Institute of Modern Letters, Victoria University of Wellington. Her debut novel, The Rehearsal, was published in 2008. Her second novel, The Luminaries, won the 2013 Man Booker Prize. In 2015 she ws made an Honorary Literary Fellows in the New Zealand Society of Authors' annual Waitangi Day Honours. In 2016, she was named as one of six, Arts New Zealand's Laureate Award winners. 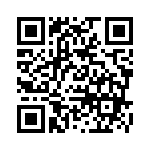