Snapshot is a terrific follow-on novel to Robertson's debut Random, which was told from the POV of the killer. DS Rachel Narey is a key figure in that book and zeroes in on the real killer when police ... Read full review

“You were more likely to be murdered in Glasgow than in any other city in Western Europe.” Police photographer Tony Winter has always been fascinated by accidents and murderous occasions, so he is ... Read full review 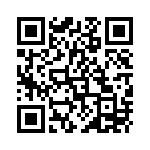