Donovan Bixley has illustrated over 80 books across a broad range of genres including The Wheels on the Bus, Old MacDonald's Farm, The Weather Machine, Monkey Boy, and Faithfully Mozart. He illustrated The Three Bears Sort Of by Yvonne Morrison, which won the Children's Choice Award at the 2014 NZ Post Book Awards for Children and Young Adults. In 2015 he illustrated Little Bo Peep and More...: Favourite Nursery Rhymes which made The New Zealand Best Seller List. He also made the shortlist for the Esther Glen Junior Fiction award 2015 with his title Monkey Boy. This title also won a New Zealand Children's Book Awards 2015 in the category of Junior fiction. Donovan Bixley will be a speaker at the New Zealand Book Awards 2015. He made the New Zealand Best Seller List with his title Pussy Cat Pussy Cat and More...: Purrfect Nursery Rhymes. 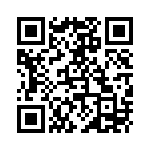