William Tenn, the pseudonym of Philip Klass, was born in London, England on May 9, 1920. He grew up in Brooklyn, New York and served as a combat engineer in the United States Army during World War II. After leaving the Army, he worked as a technical editor with an Air Force radar and radio laboratory and was employed by Bell Labs. He taught English and comparative literature at Penn State University for 24 years. He wrote academic articles, essays, one novel entitled Of Men and Monsters, and more than 60 short stories including Child's Play, Venus and the Seven Sexes, Down Among the Dead Men, The Liberation of Earth, Time in Advance, and On Venus, Have We Got a Rabbi. He received the Author Emeritus honor by the Science Fiction and Fantasy Writers of America in 1999. He died of congestive heart failure on February 7, 2010 at the age of 89. 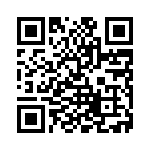