Dust Off the Bones by Paul Howarth is the sequel to Only Killers and Thieves that introduced the two McBride Brothers, Billy and Tommy, and explained how the rest of their family was murdered and ... Read full review

Dust off the Bones is set in Australia in the late 1800s. As such it begins as a familiar yarn, two brothers face a tragic event that sets them off on different life paths. It's a story that has been ... Read full review

Paul Howarth was born and grew up in Great Britain before moving to Melbourne in his late twenties. He lived in Australia for over six years, gained dual citizenship in 2012, and now lives in Norwich with his family. He received an MA degree from the University of East Anglia, and was awarded the Malcolm Bradbury Scholarship. His debut novel, Only Killers and Thieves, was published in 2018 to critical acclaim. 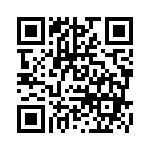