Christine Harris is the author of over 50 books for children, published in Australia and extensively overseas. She is well known and well loved by children around the world for her best-selling Spy Girl series but most recently through the growing success of the Audrey series published by Little Hare. Christine grew up in different parts of the South Australian Outback. When she lived in Yorke Peninsula, her house was 'the first fridge on the right, 15k after the last pub'. Christine loves the outback and is fascinated with the history of everyday Australians. Her books ring with authentic Australian voices: witty, dry and down-to-earth. Audrey is Australia's own Pippi Longstocking. Determined, mischievous, imaginative and inquisitive Audrey is the perfect character for readers who love gutsy-go-getting girls.

Illustrator, Ann James was born in Melbourn, Australia in 1952. The first book she illustrated was A Pet for Mrs. Arbuckle by Gwenda Smyth. Since then she has illustrated over forty books including the Penny Pollard series. Her work has won her several awards. Bernice Knows Best by Max Dann and Hannah Plus One by Libby Gleeson, won the CBC Junior Book of the Year Award, and The Midnight Gang, by Margaret Wild, was an Honour Book in the Picture Book of the Year, and won three Children's Choice awards in Australia. In 2002, James won the Dromkeen Medal which is awarded each year to an Australian citizen for work that 'makes a significant contribution to the appreciation and development of children's literature.' Ann has also written and illustrated two picture books, Finding Jack and One Day. She was an Art teacher at Doveton High School and Ringwood High School, 1974-77. The former art teacher and graphic designer formed Books Illustrated, a children's bookshop and gallery, with partner Ann Haddon in 1988. They were the recipients of the Pixie O'Harris Award for Distinguished Service to Australian Children's Literature in 2000. Ann James was also the Ministry of Education's Publication Branch, Victoria, Australia. She has received numerous awards over the years including the CBCA Picture Book award shortlist in 2004, for Shutting the Chooks In. 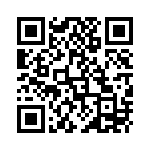