After the aliens take over, it's up to the teenagers to save humanity.Earth has been taken over by an alien species, the Bzadians, who are determined to wipe out all humans as soon as possible. And it ... Read full review

Brian Leston Falkner is a novelist who was born in Auckland New Zealand on July 20, 1962. He attended The University of Auckland and studied Computer Science but then went on to be a world famous author after receiving a degree in journalism. He has received many prestigious awards such as the Sr. Julius Vogel Award for Science Fiction. His first published novel was a junior fiction story about rugby called "Henry and the Flea". he has published 4 different Series in Young Adult books such as The Tomorrow Code, Brain Jack, The Project and The Assault. In 2015 he made the LIANZA Young Adult shortlist for his title Recon Team Angel: Vengeance. 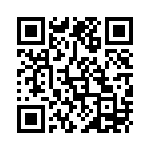