Alison Croggon is an award-winning poet whose work has been published extensively in anthologies and magazines internationally. She has written widely for theatre, and her plays and opera libretti have been produced all around Australia. Alison is also an editor and critic. She lives in Melbourne with her husband Daniel Keene, the playwright, and their three children.

Katie Harnett grew up in Sheffield, and graduated from an Illustration BA at the University of the West of England followed by an MA in Children's Book Illustration at Cambridge School of Art in 2015. She received the Bologna Children's Book Fair ARS IN FABULA Grant Award in 2015, and her work was selected to be exhibited twice at The Illustrators Exhibition at the Bologna Book Fair. Her illustrations are influenced by patterns in the natural world, as well as by vintage photographs, books and films sales. 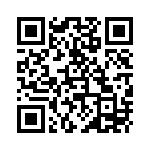