When Sydney Detective Inspector Harriet “Harry” Blue’s brother Sam is accused of being the Georges River serial rapist/killer, her chief orders her to leave town for a while. Harry can’t believe her ... Read full review

I actually meant to read Liar, Liar. I let the kiddo pick a library book for me, and that was the selection. Too bad it was the third book in the series, because I had to go backward to go forward ... Read full review

"James Patterson (Author) JAMES PATTERSON is one of the best-known and biggest-selling writers of all time. He is the author of some of the most popular series of the past decade - the Alex Cross, Women's Murder Club and Detective Michael Bennett novels - and he has written many other number one bestsellers including romance novels and stand-alone thrillers. He lives in Florida with his wife and son. James is passionate about encouraging children to read. Inspired by his own son who was a reluctant reader, he also writes a range of books specifically for young readers. James is a founding partner of Booktrust's Children's Reading Fund in the UK. In 2010, he was voted Author of the Year at the Children's Choice Book Awards in New York. Candice Fox (Author) Hades, Candice Fox's first novel, won the Ned Kelly Award for best debut in 2014 from the Australian Crime Writers Association. The sequel, Eden, won the Ned Kelly Award for best crime novel in 2015, making Candice only the second author to win these accolades back-to-back. Also, in the 2015 Davitt Awards, Hadeswas Highly Commended in the debut category. Her third novel, Fall, has just published. Bankstown born and bred, she failed to conform to military life in a brief stint as an officer in the Royal Australian Navy at age eighteen. At twenty, she turned her hand to academia, and taught high school through two undergraduate and two postgraduate degrees. Candice lectures in writing at the University of Notre Dame, Sydney, while undertaking a PhD in literary censorship and terrorism." 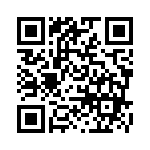