I was a little bored at first, but the story kicked in and it was good. I don't know that I liked the main character in an earlier story, but I'm coming around lol. Read full review

You Don't Own Me is a suspenseful novel that takes place in modern day New York. The characters are believable. The story is believable. The book keeps its feeling from beginning to end. All ... Read full review

Alafair Burke is the Edgar-nominated, New York Times bestselling author of twelve novels, including The Wife, The Ex, If You Were Here, Long Gone, and the Ellie Hatcher series. A former prosecutor, she is now a professor of criminal law and lives in Manhattan. 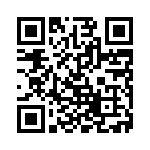