The Life to Come

De Kretser’s sprawling follow-up to her novella Springtime features many different lives converging and diverging across decades and continents. In Sydney, Pippa wants to make her mark on Australian ... Read full review

The Life to Come

The Life to Come is Michelle de Kretser's first novel since her Miles Franklin Literary Award-winning Questions of Travel in 2012, and it affirms her as a writer of great perception and eloquence ... Read full review

Michelle de Kretser was born in Sri Lanka and emigrated to Australia when she was 14. Educated in Melbourne and Paris, Michelle has worked as a university tutor, an editor and a book reviewer. She is the author of The Rose Grower, The Hamilton Case, which won the Commonwealth Prize (SE Asia and Pacific region) and the UK Encore Prize, and The Lost Dog, which won a swag of awards, including the 2008 NSW Premier's Book of the Year Award and the Christina Stead Prize for Fiction, and the 2008 ALS Gold Medal. Michelle's fourth novel, Questions of Travel, received 14 honours, including the 2013 Miles Franklin Literary Award. Her latest novel, The Life to Come, was shortlisted for the 2018 Stella Prize and won the 2018 Miles Franklin Literary Award. 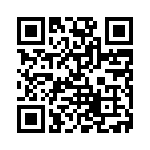