Fr. Thomas Michel was ordained a Catholic priest of the Archdiocese of St. Louis and later joined the Society of Jesus (Jesuits) in Yogyakarta, Indonesia. He received his Ph.D. in Islamic theology from the University of Chicago. Professor Michel was director of the Islamic Office of the Vatican's Council for Inter-Religious Dialogue for thirteen years. He taught at various universities in different countries including the US, Turkey, Indonesia. He has extensively written and lectured on Fethullah Gulen, the Hizmet Movement, and the Risale-i Nur. He currently teaches at Georgetown University's School of Foreign Service in Doha, Qatar. 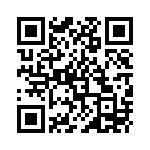