Katharine Branning, MLS, is Vice-President of the French Institute Alliance Francaise in New York City, where she serves as the Director of FIAF's Library. In recognition of her work involved in the creation of over 8 libraries in both France and the United States, in 2006 she was awarded the Ordre National du Merite by the President of France, one of the nation's highest honors. Ms. Branning is a graduate of the Ecole du Louvre in Paris, where she majored in Islamic arts, with a specialty in Islamic glass. 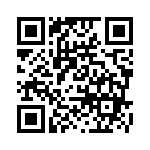