Cursed Luck by Kelley Armstrong Cursed Luck book 1. Paranormal mystery with a hint of romance. Kennedy owns an antique shop in Boston, the cover for her skills of removing cursed objects of their ... Read full review

Kelley Armstrong is a Canadian author, primarily of fantasy works. She has published twelve fantasy novels to date, most set in the world of Women of the Otherworld series, one crime fiction novel, and the Darkest Powers Trilogy. The latest novel in the Women of the Otherworld series is called Waking the Witch. Her title Thirteen made The New York Times Best Seller List for 2012. The first book in The Age of Legends Trilogy, Sea of Shadows, made the New York Times bestseller list in April 2014. 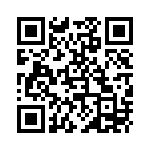