Not quite as satisfying as the first book but still a great story about magic and mayhem. There was a little bit of drama between Crane and Stephen that was a bit annoying but I suppose it was the ... Read full review

Rating: 4.5* of five Not quite five...although it was set to be...because when the enemy was vanquished, there were still things to be done that weren't. The dead men, the story that inspired the ... Read full review

KJ Charles is a writer and editor. She lives in London with her husband, two kids, a garden with quite enough prickly things, and a cat with murder management issues. Find her at www.kjcharleswriter.com for book info and blogging, on Twitter @kj_charles for daily timewasting and the odd rant, or in her Facebook group, KJ Charles Chat, for sneak peeks and special extras. 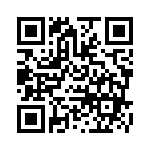