Terry Pratchett was on born April 28, 1948 in Beaconsfield, United Kingdom. He left school at the age of 17 to work on his local paper, the Bucks Free Press. While with the Press, he took the National Council for the Training of Journalists proficiency class. He also worked for the Western Daily Press and the Bath Chronicle. He produced a series of cartoons for the monthly journal, Psychic Researcher, describing the goings-on at the government's fictional paranormal research establishment, Warlock Hall. In 1980, he was appointed publicity officer for the Central Electricity Generating Board with responsibility for three nuclear power stations. His first novel, The Carpet People, was published in 1971. His first Discworld novel, The Colour of Magic, was published in 1983. He became a full-time author in 1987. He wrote more than 70 books during his lifetime including The Dark Side of the Sun, Strata, The Light Fantastic, Equal Rites, Mort, Sourcery, Truckers, Diggers, Wings, Dodger, Raising Steam, Dragons at Crumbling Castle: And Other Tales, and The Shephard's Crown. He was diagnosis with early onset Alzheimer's disease in 2007. He was knighted for services to literature in 2009 and received the World Fantasy award for life achievement in 2010. He died on March 12, 2015 at the age of 66. 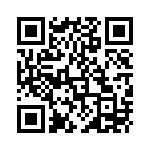