Siegfried Hauptmann studied chemistry at the University of Leipzig. In 1958, he obtained his Ph.D. under Wilhelm Treibs, habilitated in the field of organic chemistry in 1961 and became Assistant Professor and later Full Professor at the University of Leipzig. He was retired in 1996. His research interests were centred predominantly to the field of synthetic organic chemistry and reaction mechanisms. Professor Hauptmann was author and co-author of several books and deceased in April, 2011.

Andreas Speicher studied chemistry at Saarland University, Saarbrucken. He obtained his Ph.D. in 1994 under Theophil Eicher and was honoured with the Eduard-Martin-Award of his University. He started his independent scientific career and completed habilitation in 2003 (Privatdozent). He is head of a research group and university lecturer for organic chemistry at the Saarland University and was appointed extraordinary professor in 2011. He is temporary holding a guest professorship at the University of Strasbourg/France since 2006 and is co-author of several books. His research interests are directed to synthesis and characterization of chemically and biologically relevant natural products, especially to axially chiral macrocyclic compounds. 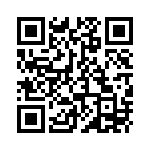