Dennis Smith worked in the pharmaceutical industry for more than 30 years since gaining his PhD from the University of Manchester (UK). He worked at Pfizer Global R & D at Sandwich for 24 years, with the role of Vice President for Pharmacokinetics, Dynamics and Metabolism. During his career he directly contributed to the Discovery and Development of eight NCEs. Now retired he is still active in an academic
(Visiting Professor, University of Liverpool ) and in an advisory capacity. His research interests and publications span all aspects of drug discovery and development, particularly where drug metabolism impacts on the design of more efficacious and safer drugs.

Charlotte Allerton obtained her first degree in chemistry from the University of Nottingham, and a MPhil in organic chemistry from the University of Cambridge. She joined the Medicinal Chemistry department in Pfizer at Sandwich in 1993 and worked across a range of disease areas, before joining the Pharmacokinetics, Dynamics and Metabolism (PDM) department in 2007. In 2008 Charlotte Allerton became the PDM Sandwich Site Lead.

Amit Kalgutkar received his PhD in organic chemistry from Virginia Polytechnic Institute (USA) and conducted a post-doctoral fellowship at the Department of Biochemistry, Vanderbilt University School of Medicine. He joined Pfizer in 1999, where he is currently a Research Fellow in the Drug Metabolism Group (Groton Laboratories). He is also an adjunct Professor in the Department of Biomedical and Pharmaceutical Sciences, University of Rhode Island.

Han van de Waterbeemd studied physical organic chemistry at the Technical University of Eindhoven and did a PhD in medicinal chemistry at the University of Leiden, The Netherlands. In his pharmaceutical career he worked for Roche, Pfizer and AstraZeneca. His research interests include the role of molecular properties in drug disposition and computational modeling of ADMET properties.

DonWalker obtained a degree in biochemistry from the University of London (UK). He worked for Pfizer for 24 years in the Pharmacokinetics, Dynamics and Metabolism Department contributing scientific leadership to the drug metabolism and pharmacokinetic evaluations on many drug discovery and development projects across a range of therapeutic areas including cardiovascular, allergy and respiratory, anti-infectives and sexual health. Following his retirement in 2010 he has continued to provide occasional consulting and lecturing in the field of metabolism and pharmacokinetics. 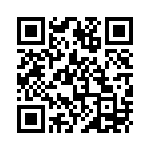