Amit Kalgutkar received his academic degrees from the University of Bombay (India) and from Virginia Polytechnic Institute (USA). Joining Pfizer in 1999, he is currently a Research Fellow in the Pharmacokinetics, Dynamics and Metabolism Department at Pfizer (Groton Laboratories). He is also an adjunct faculty member in the Department of Biomedical and Pharmaceutical Sciences, University of Rhode Island.

Deepak Dalvie received his Ph.D. in Medicinal Chemistry from State University at New York, Buffalo (USA) and was a post-doctoral fellow at the Department of Chemistry in University of Virginia and Virginia Polytechnic Institute (USA). He joined Pfizer in 1992, where he is currently a Research Fellow in the Pharmacokinetics, Dynamics and Metabolism Department at Pfizer's La Jolla site. In addition, Dr. Dalvie is an Associate Editor for Drug Metabolism and Disposition and on the editorial board of Xenobiotica.

Scott Obach received his Ph.D. in biochemistry from Brandeis University and was a post-doctoral fellow at the New York State Department of Health Research Labs. He joined Pfizer in 1992, where he is currently a Senior Research Fellow in the Pharmacokinetics, Dynamics, and Drug Metabolism Department at Pfizer in Groton (USA). In addition, Dr. Obach is on the editorial boards of Drug Metabolism and Disposition, Chemical Research in Toxicology, Xenobiotica, and Drug Metabolism and Pharmacokinetics.
He is an author or coauthor on over 120 research publications.

Dennis Smith has worked in the pharmaceutical industry for 32 years after gaining his Ph.D from the University of Manchester (UK). For 20 years he was at Pfizer Global Research and Development, Sandwich where he was Vice President-Pharmacokinetics, Dynamics and Metabolism. During this time he has helped in the Discovery and Development of eight marketed NCEs. He has authored over 130 publications including three books. 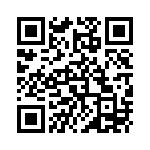