Anna Koehler has been Professor and Chair of Experimental Physics II at the University of Bayreuth since 2007. After completing her PhD 1996 with Sir Richard Friend at the University of Cambridge, UK, she held Research Fellowships by Peterhouse, Cambridge, and by the Royal Society, UK. She was appointed Professor at the University of Potsdam, Germany, in 2003. Her research centres on the photophysical properties of organic semiconductors, with a focus on energy and charge transfer processes in singlet and triplet excited states.

Heinz Baessler is retired Professor at the Bayreuth Institute of Macromolecular Research (BIMF) at the University of Bayreuth. From 1970 to 2002 he worked as Professor in the Department of Physical Chemistry at the Philipps University in Marburg in Germany, having obtained his PhD degree in Physics from the Technical University in Munich, Germany, in 1963. His research interest concerns the optoelectronics of organic solids with particular emphasis on charge transport and on the spectroscopy of conjugated polymers. He is widely recognized for his studies on the effects of disorder in organic semiconductors. 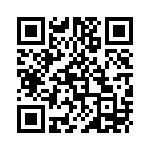