Sabu Thomas is a Professor and Director of Polymer Science and Engineering at the School of Chemical Sciences, as well as the Director of
Centre for Nanoscience and Nanotechnology, Mahatma Gandhi University, Kerala, India. He received his Ph.D. in 1987 in Polymer Engineering from the Indian Institute of Technology (IIT), Kharagpur, India. He is a Fellow of the Royal Society of Chemistry.
Prof. Thomas has (co-)authored more than 600 research papers in international peer-reviewed journals in the area of polymer composites, nanocomposites, membrane separation, polymer blends and alloys, polymeric sca olds for tissue engineering and polymer recycling. Prof. Thomas has been involved in a number of books (35 books), both as author and editor. He has been ranked no. 5 in India with regard to the number of publications (listed in the panel of most productive scientists in the country). He received the coveted Sukumar Maithy Award for the best polymer researcher in the country for the year 2008. The h index of Prof. Thomas is 67 and he has more than 17,000 citations. Prof. Thomas has 4 patents to his credit. Recently he has been awarded CRSI and MRSI awards. Prof. Thomas has supervised 64 PhD theses and has delivered more than 200 invited /plenary and key note talks over 30 countries.

Raju Thomas is Vice Chancellor of Middle East University FZE, Ras Al Khaimah, UAE. He received his Ph.D. under the supervision of Prof. abu Thomas, Director of International and Interuniversity Centre for Nanoscience and Nanotechnology, Mahatma Gandhi University, Kottayam,
Kerala, India.
His research works are re ected in his six published research articles in international journals and few articles which are under review status. Also many articles are published in popular journals. He has a wide teaching experience in Chemistry for more than 32 years in Graduate and Postgraduate levels. 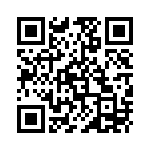