Gerhardus (Ad) de Jong studied chemistry in Utrecht, the Netherlands, and received his Ph.D. at the Free University of Amsterdam. He worked for Duphar, a pharmaceutical company in Weesp, the Netherlands, in the department Analytical Research. Subsequently, he returned to the Free University as associate professor in the Department of Analytical Chemistry. In 1990, he again moved to the pharmaceutical industry and was appointed to section head Chromatography of Solvay Duphar. In 1995, he was appointed professor in Analytical Chemistry and Pharmaceutical Analysis at the University Centre for Pharmacy, Groningen, the Netherlands, and since 2001, he is professor in Pharmaceutical Analysis at the Department of Pharmaceutical Sciences, Utrecht University.
Prof. de Jong is (co-)author of more than 300 papers in various scientific journals and some book chapters. He is co-author of a book on chromatography and was editor of the Journal of Chromatography B from 1998 to 2003. His research interests encompass separation techniques and their applications in pharmaceutical analysis, bioanalysis and analysis of biomacromolecules. 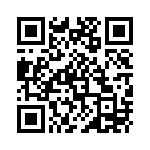