Günter Lüttgens was born in Berlin, 1933, and holds a master's degree in electrical engineering. Since graduation he mainly worked in the chemical industry in the field of electrostatics. He was primarily responsible for laboratory research, as well as plant safety, in the area of fire and explosion prevention. In 1998 he was nominated by IEC as an expert for electrostatic test methods. Since more than twenty five years he carried out lectures on static electrification and safety measures together with his wife Sylvia. He published several articles and specialist books. In 2013 he received the International Fellow Award by the European Working Party (EFCE) as a researcher and teacher in the field of "Static Electricity in Industry".

Sylvia Lüttgens was born in Geroda, 1946, was graduated a teacher and tried to direct the interest of her students to Music and English. Then she learned about static electrification and that it could be the cause for many a fire or an explosion. So she has been working together with her husband Günter, carrying out experimental lectures (up to 2015) in seminars about electrostatics, giving practical proof of the theory. Besides she is publishing articles and writing specialist books on this topic.
Together with Günter she compiled the first encyclopaedia on static electricity fifteen years ago and the third edition was published in 2013.

Wolfgang Schubert was born in 1952. He studied print technology in Leipzig and is a trained printer. He became self-employed in 1997 having previously worked in various managerial roles in the print industry and in sales and marketing for manufacturers of roll fed and sheet fed printing presses. Since then he has also been working in the specialised field of electrostatics, in sales and marketing and also in further education. He has co-authored the specialist publication Static Electricity.
In May 2016 he was publicly appointed and inaugurated by the Leipzig Chamber of Commerce and Industry (IHK) as an expert in the fields of printing processes, printing presses, printability, runnability, and packaging printing. He also works as an expert in the field of electrostatics. 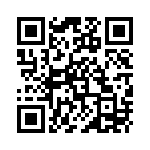