Michael Kappl received his PhD thesis from the Max-Planck-Institute of Biophysics in Frankfurt and worked at the University of Mainz and Siegen. Since 2002 he is a project leader at the Max-Planck-Institute for Polymer Research in Mainz. He concentrates his research activities on Surface Forces and the Interactions of Particle Bubbles as well as Monolayer Particles. 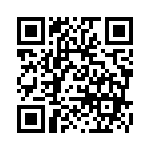