Fuad Nesf Alasfour was retired Professor of Mechanical Engineering at Kuwait University (Kuwait). He studied mechanical engineering in the US and received his PhD from the University of Colorado (USA) in 1989. After this time, he returned to Kuwait and was employed at Kuwait University in different administrative and academic positions. He became full professor in 2016. In 2002, he was a visiting professor at the Illinois Institute of Technology (USA). For more than 25 years, he has been involved in teaching and research in the fields of desalination, combustion, power plants and air pollution. 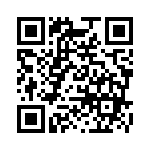