Evgeny Katz received his Ph.D. in Chemistry from Frumkin Institute of Electrochemistry (Moscow), Russian Academy of Sciences, in 1983. He was a senior researcher in the Institute of Photosynthesis (Pushchino), Russian Academy of Sciences, in 1983-1991. In 1992-1993 he performed research at Mďż1⁄2nchen Technische Universitďż1⁄2t (Germany) as a Humboldt fellow. Later, in 1993-2006, Dr. Katz was a Research Associate Professor at the Hebrew University of Jerusalem. Since 2006 he is Milton Kerker Chaired Professor at the Department of Chemistry and Biomolecular Science, Clarkson University, NY (USA). His scientific interests are in the broad areas of bioelectronics, biosensors, biofuel cells, biomolecular information processing and recently in forensic science. 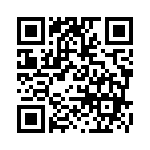