Denis J. Evans is professor of physics in the Department of Applied Mathematics, Research School of Physics and Engineering, ANU, Canberra, Australia. Having obtained his Ph.D. from ANU, he worked at Oxford and Cornell Universities and the NIST Boulder CO before taking
up his present appointment. Professor Evans has authored ~300 scientific publications and two research monographs. He has received numerous scientific awards, including the Boys-Rahman Lectureship of the Royal Society of Chemistry (London), and the David Craig medal
of the Australian Academy of Sciences. He is also a Fellow of the Australian Academy of Sciences.

Stephen R. Williams received his PhD in Physics from RMIT University in Melbourne. He was a postdoc at Utrecht University and has been at the Australian National University since 2003 where he is currently a Senior Research Fellow. 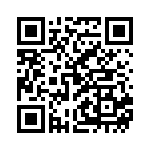